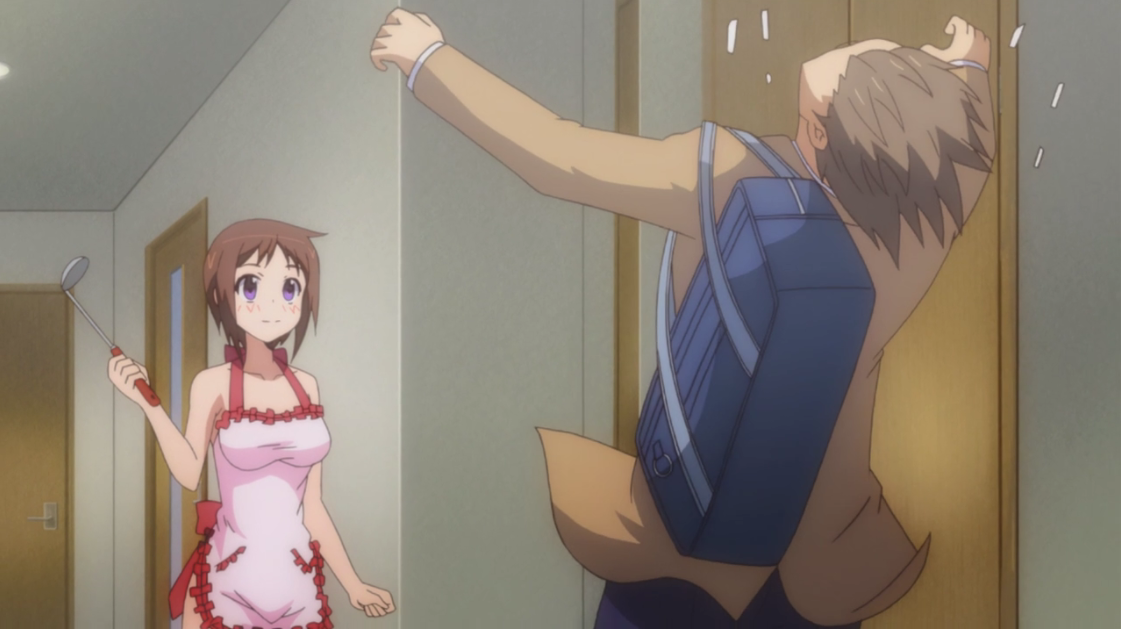 What happens when you find out that the newly-elected student body president has been arranged by your parents to become your wife? Not much so far.

Okusama ga Seitokaichou follows the story of Izumi Hayato; a high school student running for student body president. He, unfortunately, loses to Wakana Ui, who throws condoms into the crowd and promises the liberalisation of love in the school. One night Ui arrives at Hayato’s house and formally announces that she is to be his wife due to an arrangement made by their parents a few years ago. Each episode is only about 8 minutes long and you could say is split into two parts – school and home. From what I have watched so far, more emphasis is placed on when the characters are in Hayato’s house than when they are at school. As you can guess, most of the lewd moments happen when they are at home.

Surprisingly, for a show that has a censored and uncensored version, there are not much lewd moments present at the moment. Sure, you do get the occasional panty shot now and again but the show doesn’t abuse its time limit by making it a fanservice fest – it actually tries to focus more on the characters and the awkwardness of them living together. 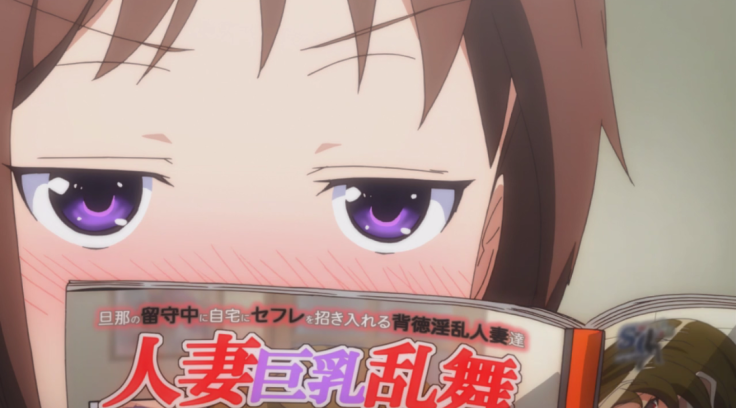 So far I feel that Okusama ga Seitokaichou still needs to find its footing in terms of its story. Due to the time limit of each episode the events in the show happen quite quickly, with hardly any time to explain the backstory behind certain events. I like, however, how the lewd scenes are used to show Ui’s willingness to become Hayato’s husband as well as to convey the awkwardness between the two of them living together. If you are interested in trying out this anime, watch the uncensored version.