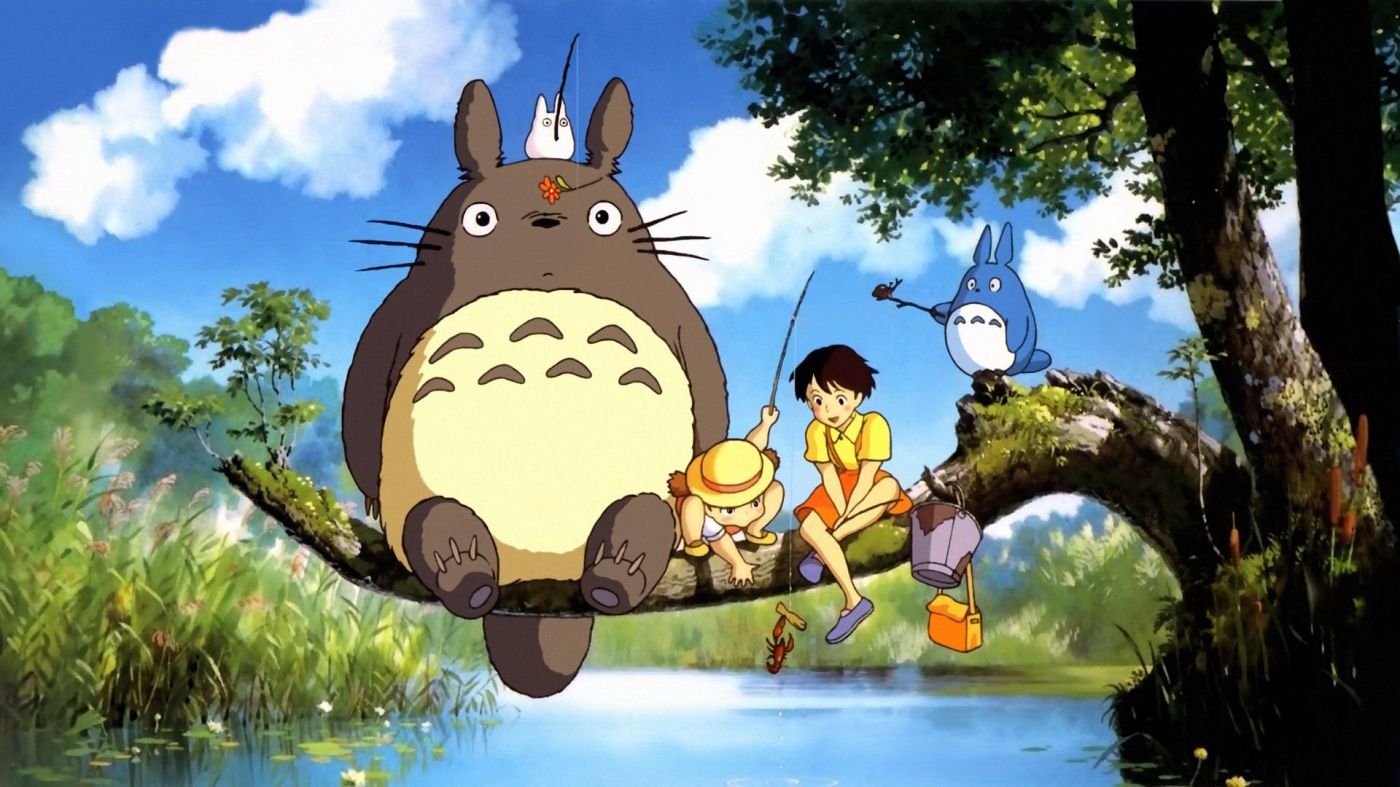 For those of you who follow me on Twitter you will know that I am currently doing a seminar on Miyazaki as part of my film course. One of the assignments that I had to do was to give my thoughts and reflections on two of his films. One of those was My Neighbour Totoro. Here are my thoughts on the film. Hope you enjoy reading it 🙂

My Neighbour Totoro (1988) has always been regarded as one of my favourite Miyazaki Hayao films of all time. It has a unique, childlike charm that makes me laugh, smile and cry every time I watch it. As with most of Miyazaki’s films it retains the themes of flight, companionship and nature. Though Nausicaä of the Valley of the Wind (1984) deals with these themes in a more serious tone, Totoro takes a more light-hearted approach to it, especially due to the fact that Miyazaki depicts children as the purveyors of these themes.

Keiko McDonald (2006:177-178) writes that Miyazaki “used the conventions of animation to address issues deeply ingrained in the social fabric of contemporary Japan” and that Totoro “gets its power not from weighty social critique, but from its melding of two worlds: the real and the imaginary”. McDonald contextualises this by stating that during the 1980s, Japanese society placed importance on academic achievement in order for one to be successful. This theme reoccurs in other popular anime, such as the characters of Chi-Chi in Dragonball Z and Maebara Keiichi in Higurashi. What Totoro does to address these issues is the use of nostalgia and simplicity. Nostalgia is emphasised by the time frame in which the story is set in (1958) and simplicity is emphasised by the setting of a rural Japanese village as well as the carefree nature of the characters.

With reference to McDonald’s argument of the dissolving family bond in Japan (178), Miyazaki portrays the family dynamic of the Kusakabe family as a happy and joyous one. Despite being busy with his work most of the time, Kusakabe-san still finds time to interact and play with his daughters and is an active part of their lives. He also encourages them to use their imagination and to play and explore outside. When Mei tells him that she found Totoro, he does not shun her and say that she is imagining things, rather he is very compassionate towards her and takes her and Satsuki to pay their respects to Totoro.

Kyle Anderson (2014) writes that “While most children’s films focus on an advancing narrative…Totoro takes its time and lets things happen the way life happens, laconically, situationally…It’s a film that feels like childhood”. This is very different to Miyazaki’s other films, which are more narrative driven and centred around some sort of conflict, such as Chihiro trying to save her family and return to the human world in Spirited Away (2001). Anderson continues by saying that despite Satsuki and Mei’s circumstances – their mother being very ill – Totoro, for them, represents the joy of childhood and a way for them to escape the problems that they face in their lives. Even though their father does not see Totoro throughout the film, he knows that Totoro is very important to them.

It is very interesting to note that Satsuki and Mei are the only characters who are able to see Totoro. Near the end of the film, when the Cat Bus arrives to help Satsuki find Mei, Satsuki is surprised that the villagers are not able to see the Cat Bus running towards her. According to Colin Odell & Michelle Le Blanc (2009:78), “Even though there is a sense that Mei and Satsuki can see Totoro because they are children, there is also an implication that they can only see him because they have an affinity and respect for the natural order of things”. Though we never see the villagers cause any harm to nature in the film, Miyazaki portrays a sense of hope that the next generation will correct the mistakes of the previous one and correct the natural order of the world. We get a glimpse of this hope when Totoro visits the girls at night and helps them grow the seeds that they received from him earlier in the film.

Miyazaki’s motif of the strong, active female protagonist reoccurs in Totoro. Satsuki and Mei actively and happily help their father and Nanny with the daily chores of the household, as well as explore and play around the village. Satsuki also serves as the mother-figure of the household while her mother is still at the hospital: cooking, cleaning and looking after Mei while her father is busy. Nanny, even though she is old, is seen working in the rice paddies and growing vegetables. Kanta, on the other hand, is a more passive character in the film. Even though he has feelings for Satsuki, he tries to act cool and teasing towards her as he does not want to be seen as weak or soft. When Satsuki receives a telegram from Kanta stating that her mother cannot return home, it is Nanny who tells Kanta to take Satsuki to their telephone so that she can phone her father, rather than Kanta taking the initiative to help her. 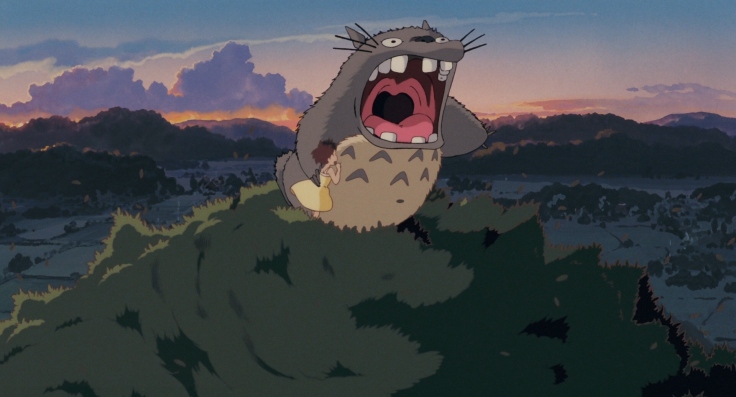 In conclusion, Totoro is one of Miyazaki’s most beloved and famous films of all time. Over the years the film has gained a cult following around the world, with Ghibli even selling Totoro-themed merchandise. While more light-hearted than his other films, Miyazaki portrays children as the purveyors of the natural world and those who have respect for it. Totoro, himself, represents the joy of childhood as he is very childlike himself. Totoro also shows us that you do not have to grow up quickly and that one should enjoy the innocence of childhood as much as they can. Given the fact that the film was made during a time where academic achievement was seen more highly than the natural world, Totoro creates a world that feels nostalgic and carefree to the audience, reminding them of a time that was simpler. Helen McCarthy (1999:133) writes that “Miyazaki is one of the few contemporary makers of animation who truly respects his audience, his material, and his medium”. Miyazaki’s attention to detail, as well as his storytelling aesthetics, make his films memorable to both young and old audiences. Hisaishi Joe’s beautiful score adds to the childlike, happy tone of the film and you cannot help but sing along to the chorus during the credits.

Nausicaä of the Valley of the Wind. 1984. [Film] Directed by Hayao Miyazaki. Japan: Topcraft.