Welcome to another edition of Love & Japan. Compared to the previous two editions, however, this one is going to be bit more reflective and serious as this is a topic I am sure most of us have experienced at some point in our lives: distance. While this one doesn’t pertain to love specifically, this post relates to those of us who have someone close or dear to us, but cannot see as much as we like due to distance or other circumstances.

One of the interesting things I found about Japan is its unique dating culture. While in the West you would usually ask someone out on a few dates to get to know them better in the hopes of possibly having a relationship with them in the future, in Japan it’s a little bit different.

By now almost all of us have heard about the tragic news regarding Kyoto Animation (KyoAni). Not only did the news tragically affect anime fans around the world, it also affected Japan in general as it is now being regarded as the most violent event to occur in Japan following World War II. Now while most of you may know that I’m currently doing my Masters studies in Kyoto, what you may not know is that my dormitory is actually located two train stations away from where it happened (I was in class during this time). When I realised this, the weight of the tragedy affected me greatly. Naturally, my friends and family back home were worried about me when the news broke out so I reassured them that I was OK. 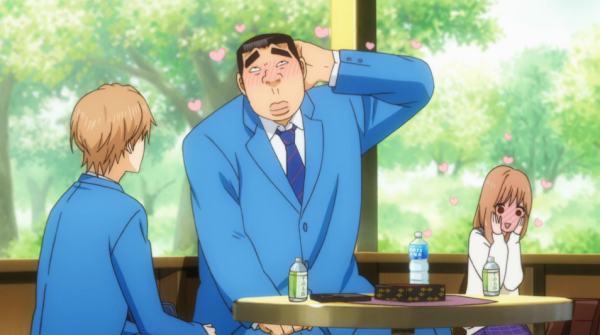 Who would’ve thought that more than a week later I would write a Part 2 of this post (I did promise I would do it in my previous post, didn’t I). So remember I talked to you about the drama club and how joining them had a positive effect on me and my confidence? Well, turns out it would also lead me to going on a date with one of the members. Now I’ll be honest about two things here: 1) I didn’t expect to have feelings for her and 2) I didn’t “technically” ask her out myself. 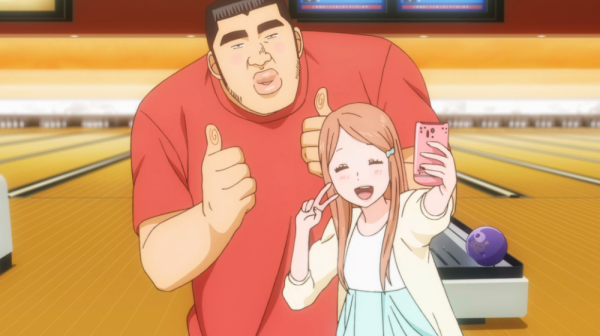 Be honest, how many times have you dreamt or thought of one day potentially having a Japanese girlfriend or boyfriend? I know that I have many times before and even now, while living in Japan, that thought has popped up in my head.

So the other day I was taking a nice, nightly stroll around Kawaramachi after watching Godzilla: King of the Monsters (which was actually a good movie) and caught a Starbucks in the corner of my eye which allowed you to enjoy your nice cup of pumpkin spiced latte coffee near the banks of the Kamogawa River. Intrigued by this prospect, I went inside and, as always, ordered my coffee in Japanese. However, on this day, I also brought along my coffee tumbler so I asked the barrister, in Japanese, if it was OK for him to put the coffee in the tumbler instead. Instead of asking him “Kore, ii desu ka (Is this ok)?” I accidentally asked him “Koko ni ii desu ka (Is it OK to have my coffee here [while pointing at my tumbler])?” It took a brief second for the barrister to realise what I actually wanted to say, to which he replied with “Hai. OK desu (Yes, that’s OK)”.

So this embarrassing language blunder is only one of many times where I’ve accidentally said the wrong thing while having the right intentions, but I guess this is just part of the language learning process, right?

It’s another Saturday night in Japan. You’re sitting in your room, trying to work on an assignment that’s due very soon and suddenly you hear a familiar voice calling to you. “Who can it be?” you ask. Oh, it’s just YouTube enticing me to procrastinate again by watching silly videos or listening to my favourite music. But wait, your brain needs to come up with something that you want to watch. What will it be tonight, brain? Try not to laugh challenges? Gaming? Silly cat videos from a bygone era? “Oh, I know!” says my brain enthusiastically. “How about we watch some more videos about Japan. You always love those, don’t you?”

“Sounds great,” I say to my brain, “but what about Japan are we going to look for?”

So at this time of writing I have lived in Japan (specifically Kyoto) for almost two months now, experiencing so much in so little time. From visiting Tokyo, Kobe and Osaka to eating a wide variety of Japanese foods to even having an almost awkward encounter with a female staff worker at an onsen, these are just some of the things you’ll never get a chance to truly experience back in your home country. But while all these things are nice and dandy, sometimes it’s nice experiencing these things (except for the awkward onsen encounter) with other people, especially with local Japanese friends who have more knowledge of these things than you do. “But wait,” you ask, “how hard is it to make a Japanese friend?” Well, my friend, the answer to that is pretty complicated so today I want to talk about this topic and share some of my experiences with trying to make Japanese friends.